UK PM shoots down easing of immigration rules for Indians 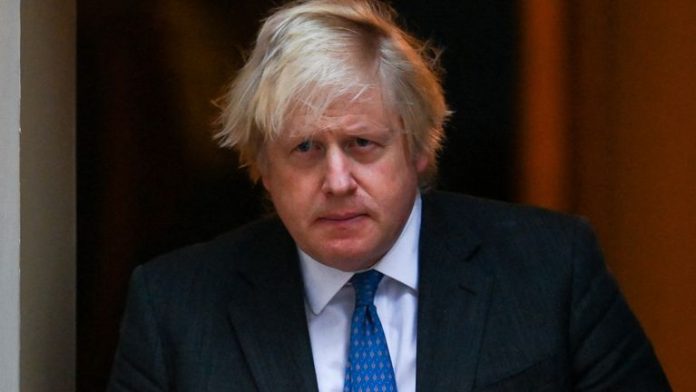 British Prime Minister Boris Johnson has shot down speculation that the UK will ease immigration rules for India as part of a Free Trade Agreement (FTA).

Negotiations on an Indo-British FTA are scheduled to begin this month.

Sir Edward Leigh, a right-wing Conservative party MP, concerned about reports that Britain was contemplating making such a concession, asked in the House of Commons: “Apparently, the government are thinking of relaxing visa controls for India in order to get a free trade deal. While a free trade deal is valuable in itself, we should not be held to ransom.

“Does the Prime Minister agree that our new working-class voters who voted for Brexit did not vote to replace immigration from Europe with more immigration from the rest of the world, any more than that when they were told that we would take back control, we would lose control of the channel? Will he convince us that he is determined to connect to our supporters and control immigration?”

To this, Johnson replied: “I do not recognise the account that my honourable Friend has given. We do not do free trade deals on that basis. Indeed, I can tell him that since we took back control, net immigration has gone down. That is all the Opposition wants — their answer is, everywhere and always, uncontrolled immigration. That is their approach to the economy, and it is not the right way forward. That is why our Nationality and Borders Bill, currently in the House of Lords, is so important — it will enable us to take back control of our borders properly and tackle illegal immigration.”

In it, The Guardian reported: “The potential offer will be under discussion when the international trade secretary, Anne-Marie Trevalyan, travels to Delhi this month,” quoting the UK’s Times.

The daily further claimed: “Trevelyan is said to have the backing of the foreign secretary, Liz Truss, who is keen to curb China’s growing influence in the region. However, they are likely to meet strong resistance from the home secretary, Priti Patel, who opposes the offer.”

Patel is an interesting case. Of Gujarati-origin, as a child she migrated with her parents from East Africa to Britain. Yet, she has been virulently against immigration in her political career. She was and remains a hard-core Brexiteer and represents a Right-wing anti-immigration constituency in the county of Essex, which adjoins London to the east.

The Guardian insisted that visa relaxation options under consideration include a scheme similar to one agreed with Australia (in an FTA), which would allow young Indians the right to live and work in the UK for up to three years. Another would be to cut visa fees for students and allow them to stay in Britain for a period of time after they graduate. Visas for work and tourism — which can cost up to 1,400 pounds (Rs 1.4 lakh) — could also be reduced as a sweetener.

But such gestures go down badly with Johnson’s core Conservative voters. At the same time, it may conceivably be difficult to refuse India the terms given to Australia. The matter can be fudged by having an immigration pact independent of an FTA.

Cremation of Gujarati family that froze to death likely in Winnipeg