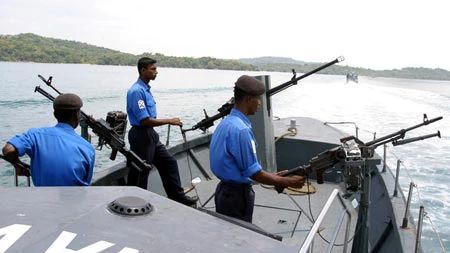 The writ petition seeking an order to the Inspector General of Police to take necessary action against Indian fishermen entering Sri Lankan waters, is to be heard on May 5.

In their petition, the fishermen’s unions of the Northern Province and the Centre for Environmental Justice claimed that the entrance of Indian trawlers to Sri Lankan waters deprives the livelihoods of Sri Lanka fishermen, national fish production, export income of fishing and rich ecosystem of the Sri Lankan waters, and poses a threat to national security.

They charged that there has been a sudden increase in reported illegal fishing by Indian trawlers over the last few months in Sri Lanka’s historic waters and territorial sea. This was as the result of the failure of the Navy and Police to arrest foreign fishermen who illegally enter into Sri Lankan waters, they said.

The petitioners complained that violating the agreements between India and Sri Lanka, the Indian fishermen routinely cross the International Maritime Boundary Line (IMBL) and enter into Sri Lankan historic waters and territorial sea to carry out fishing operations.

They claimed that most of the fishery resources in the Indian side of the IMBL have been already over-exploited and depleted by Indian trawlers.

Fishermen from the north informed the court that the destructive fishing practices and over fishing by Indian fishermen result in irreversible damage to aquatic habitats and ecosystems. They also sought a writ of mandamus directing the authorities to give full effect to the Fisheries (Regulation of Foreign Fishing) Act No 15 of 1979 (Amendment) Act No. 1 of 2018.

Govt should not give donations to Durga Puja committees: Assam CM

Climate change behind ‘extraordinarily above normal rain’ in Pak