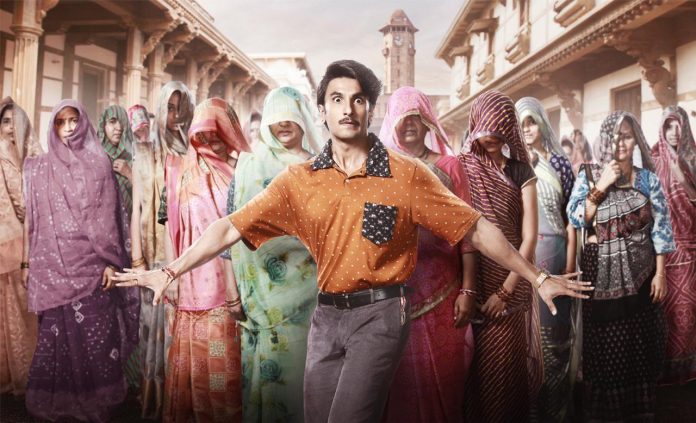 Ranveer Singh shared a video today, revealing the release date of his latest film, Jayeshbhai Jordaar. The film is slated to hit screens on May 13 this year.

In the video Ranveer Singh talks about all the heroes we have seen on the silver screen and introduces the newest kind of hero –a Jordaar (impressive) hero called Jayeshbhai.

Here is the teaser:

As a teaser, it delivers because apart from an introduction, there are no stills, no previews about the movie, so it will make the viewers very curious about this Jayeshbhai hero.

Since it is Ranveer Singh one can expect plenty of entertainment and judging from the title of the film, a fair few laughs.

The video starts with Ranveer Singh introducing himself and saying that we have all seen many kind of heroes – millionaire heroes, playboy heroes, police officer heroes, snake heroes, cowboy heroes, astronaut heroes, superhero heroes, superstar heroes, but never before have we seen a hero like this, his name is Jayeshbhai and he is Jordaar (what he does is impressive)

Jayeshbhai Jordaar marks the debut as director for filmmaker Divyang. It’s a special reunion for Ranveer Singh, as he collaborates with Maneesh Sharma (director-producer), who gave Ranveer his first break in the highly successful film Band Baaja Baaraat.

Maneesh Sharma has also directed Shahrukh Khan starrer Fan and he was the producer of the critically acclaimed Ayushman Khurana and Bhumi Pedhnekar movie, Dum Lagake Haisha. Ranveer’s last release 83 was a massive success at the box office and expectations are high for this upcoming summer release as well.

Naya J&K: Sericulture gets new lease of life after scrapping of Article 370

Govt should not give donations to Durga Puja committees: Assam CM

In a first, ‘The Simpsons’ helmed by all-female creative leads after...