Priyanka Chopra eats Poha in LA, gets nostalgic about Mumbai 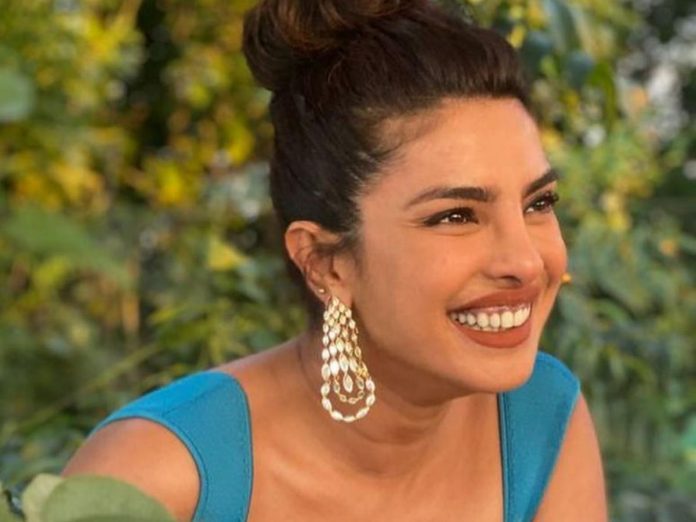 Priyanka Chopra may be a global icon but she has been very vocal about being a ‘Desi’ girl always. She recently uploaded a picture of her breakfast spread in LA and captioned it “Poha in LA that took me back to Mumbai. Thank you!“

Priyanka’s work commitment and family may be based in LA, but the Matrix Resurrection star has a special place in her heart for Bollywood’s tinsel town, Mumbai.

Self-professed foodie, Priyanka has never shied away from declaring her love for Indian food. Her love for ‘Desi Khaana’ (Indian food) prompted her to open up an Indian restaurant, Sona in the heart of New York City.

Earlier this week, Priyanka had also shared a pic of her and husband Nick Jonas celebrating Maha Shivratri in their LA home. Both were clad in white and were seen offering a traditional Puja to Lord Shiva.

Priyanka is usually very active on her social media, however, since she and Nick Jonas announced the birth of their baby via surrogacy in January, the actress has been far less active. The couple announced the birth and requested privacy from media houses and their fans. They have also been very tight lipped about the baby and have not shared any pictures of their baby yet.

Fans of the actress are eagerly awaiting details and perhaps a sneak peek at Priyanka and Nick’s little bundle of joy. In the meanwhile, they are making do with sharing Priyanka’s joy of Mumbai’s beloved breakfast item, Poha.

Varalaxmi Sarathkumar to move to Hyderabad