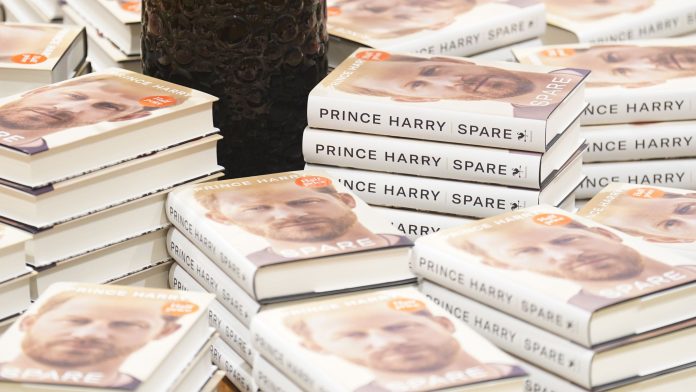 Prince Harry's jaw-dropping memoir 'Spare' — which does not spare any member of Britain's royal family in its tell-all revelations — has broken the first-day sales record set by Barack Obama's 'A Promised Land'. It sold 1.43 million copies in the US, UK and Canada on its opening day, Tuesday, January 10.

The figure includes all formats and editions, including e-books and print copies. According to publisher Penguin Random House, the book has smashed all records for any first-day nonfiction book sale it had ever put out, The Bookseller, the publishing industry trade journal reported.

The book was released on January 10 simultaneously across the world in 16 languages.

The sales figures are all the more impressive given that most of the revelations within the book — including a physical fight with elder brother Prince William, Harry's loss of virginity and details of his cocaine and magic mushroom-taking — made headlines across the world.

This happened after booksellers in Spain broke the strict embargo and began selling 'Spare' on Thursday, January 5, in order to catch footfalls ahead of a local holiday.

"The first full day of sales of 'Spare' represents the largest first-day sales total for any non-fiction book ever published by Penguin Random House, the world's largest trade publisher," according to 'People' magazine.