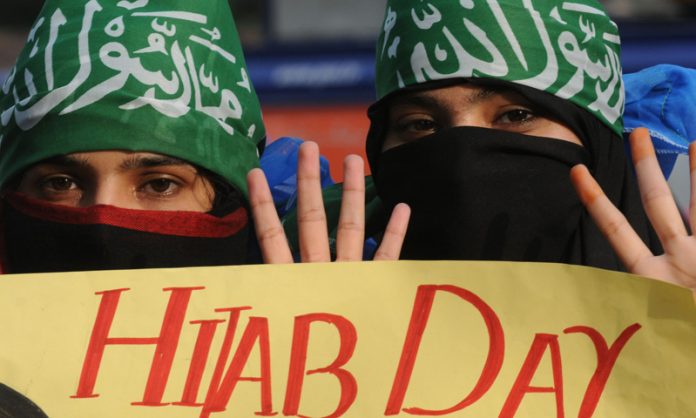 Possibly taking advantage of the hijab row in parts of India, Pakistan Minister for Religious Affairs Noorul Haq Qadri has requested Prime Minister Imran Khan to declare March 8  International Womens Day  as International Hijab Day, claiming that the Aurat March held across the country on the day goes against the principles of Islam, Dawn reported.

Qadri wrote to Kahn suggesting a regressive measure to alter the status of a UN-designated international day that aims to celebrate “the social, economic, cultural and political achievements of women”.

This is a critical juncture in history, when women’s rights movements are gathering momentum not only in Pakistan but around the world, in the wake of increasing gender-based crimes and injustices, the report said.

The letter, dated February 9, highlights the importance of International Women’s Day in creating awareness about the rights of girls and women, adding that rallies and programmes were organised the world over to shed light on social injustice and a lack of implementation of laws to protect women.

However, it later states that in Pakistan, Aurat Marches were held on the day across the country where participants raised slogans and carried placards and banners that went against Islamic teachings.

“We all accept that Islam offers a complete code of life and there is no alternative to it. No organisation should be allowed to question or ridicule Islamic values, norms of society, hijab or the modesty of Muslim women at the Aurat March or any other event held in connection with International Women’s Day as these acts hurt the sentiments of Muslims in the country,” the Minister writes.

Qadri has requested the Prime Minster to observe March 8 as International Hijab Day, proposing that the occasion be used to call on the international community to check India’s treatment of Muslims and protect their religious freedom.

The day could also be used to express solidarity with Muslim women across the world who struggle for their religious independence and basic human rights, Dawn reported.

(Sanjeev Sharma can be reached at Sanjeev.s@ians.in)