Pak journalist says he was tortured on orders of Imran Khan 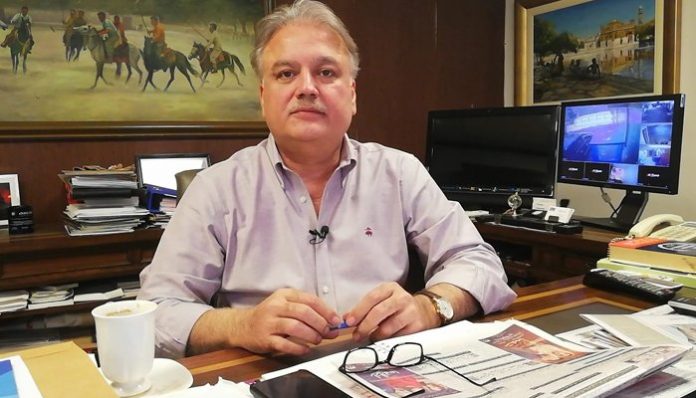 Pakistan journalist Mohsin Baig, who was arrested following a raid at his residence, has claimed that he was tortured by Federal Investigation Agency (FIA) officials on the orders of Prime Minister Imran Khan while in police detention, Friday Times reported.

He was taken into custody in connection to the “derogatory and demeaning” remarks he made on a news channel last week about the premier and Minister of Communications Murad Saeed.

The senior journalist, seemingly with a black eye and cuts to his face, made the allegations to journalists while he was escorted into a terrorism court in Islamabad by police on Wednesday.

Baig was arrested from his home in Islamabad early Wednesday morning.

According to some reports, Baig’s son was injured during the raid and faces possible charges, while others have claimed that shots were fired, as well.

Footage of the arrest purportedly shows Baig firing a gun into the air and aiming at police.

Police have added terrorism and attempted murder-related charges to the FIR against Baig, in addition to the one lodged by Saeed for “defaming army officers” and “statement conducing public mischief”, among other charges.

His arrest came after a show-cause notice issued by the Pakistan Electronic Media Regulatory Authority (PEMRA) to private TV channel News One for airing the comments Baig made about the minister on February 10th.

Baig had appeared on the talk show ‘G for Gharidah’, hosted by Gharidah Faruqi, to comment on the Prime Minister’s acknowledgement of Saeed’s performance with the Ministry of Communication, which received the top certificate as the best performing federal ministry in the country, the report said.

On the show that night, Baig had insinuated that the “real reason” Saeed ranked in first place was “written in Reham Khan’s book”. Other guests on the show jumped in to agree with him.

After it was published in 2018, the Prime Minister former wife Reham Khan’s memoir was condemned by members of the government as patently false, with members of the Pakistan Tehreek-e-Insaf (PTI) filing a defamation case against her for “defamatory and malicious falsehoods” perpetuated in the book.

(Sanjeev Sharma can be reached at Sanjeev.s@ians.in)

Pak Minister says Imran a ‘misogynist who has no respect for...