Padma awards for 2 Indian-born mathematicians from US, Canada 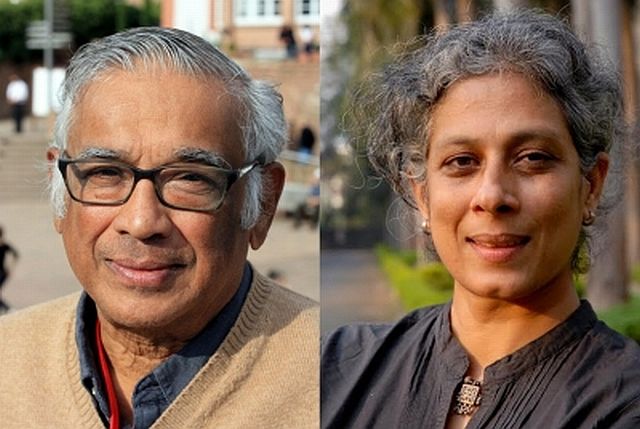 Two Indian-born mathematicians are among the 106 recipients of the prestigious Padma Awards, one of the highest civilian honours of the country, announced on the eve of Republic Day.

Indian-American S.R. Srinivasa Varadhan has been honoured with the Padma Vibhushan and Indo-Canadian Sujatha Ramdorai received the Padmi Shri for their stellar contributions in the field of science and engineering.

Born in Chennai on January 2, 1940, Srinivasa Varadhan is known for his fundamental contributions to probability theory.

The Mathematics professor was awarded the 2007 Abel Prize by the Norwegian Academy of Sciences and Letters "for his fundamental contributions to probability theory and in particular for creating a unified theory of large deviations".

Armed with a master's degree (1960) from the University of Madras, Varadhan earned his doctorate (1963) from the Indian Statistical Institute in Calcutta.

He was awarded the Birkhoff Prize (1994), the Margaret and Herman Sokol Award of the Faculty of Arts and Sciences, New York University (1995), and the Leroy Steele Prize (1996).

In 2008, the Indian government awarded him the Padma Bhushan.

Associated with the University of British Columbia, Canada, Sujatha Ramdorai is an algebraic number theorist known for her work on the Iwasawa theory.

She is the first Indian to win the prestigious International Centre for Theoretical Physics Ramanujan Prize in 2006 and also a winner of the Shanti Swarup Bhatnagar Award in 2004.

She is also the recipient of the 2020 Krieger-Nelson Prize for her exceptional contributions to mathematics research.

She completed her B.Sc. in 1982 from St Joseph's College, Bengaluru, and then got her MSc from Annamalai University in 1985.

Ramdorai did her Ph.D in the area of Quadratic forms over function fields and Witt rings of varieties from Tata Institute of Fundamental Research.

The Padma Awards are conferred by the President of India usually around March/April every year.

This year, a total of 106 Padma awards will be conferred to personalities across varied disciplines.

Turnout of Tunisia’s 2nd round of legislative polls at 11.3%

Hazel McCallion, former mayor of Mississauga, passes away at 101

RLD MLAs upset at not being invited to R-Day functions

US police solve year-old killing of Indian-origin businessman while another shot...

Indian sentenced in US for $3.5mn drug smuggling conspiracy