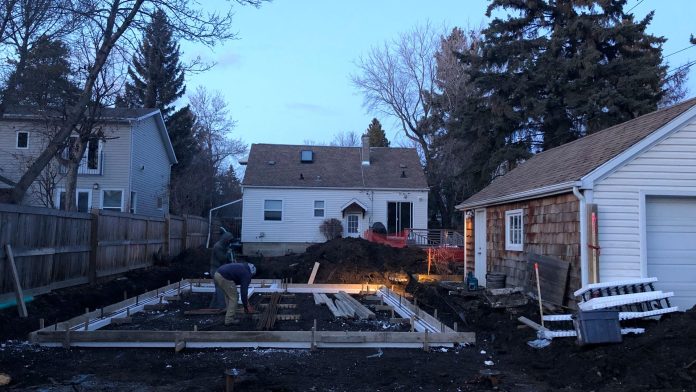 The Ontario government has introduced the More Homes Built Faster Act which brings sweeping changes to housing development including allowing three units to be built on a single lot.

“For too many Ontarians, including young people, newcomers, and seniors, finding the right home is still too challenging. This is not just a big-city crisis: the housing supply shortage affects all Ontarians, including rural, urban and suburban, north and south, young and old.” said Steve Clark, Minister of Municipal Affairs and Housing. “Our Housing Supply Action Plan is creating a strong foundation on which 1.5 million homes can be built over the next 10 years. Our government is following through on our commitment to Ontarians by cutting delays and red tape to get more homes built faster.”

The plan puts in place actions to support the development of “gentle density” – housing like triplexes or garden suites – that bridge the gap between single family homes and high-rise apartments. For example, it would remove exclusionary zoning, which allows for only one single detached home per lot. Instead, it would allow property owners to build three units without lengthy approvals and development charges.

The province says that the plan, which contains around 50 actions, addresses the housing crisis by reducing government fees and fixing developmental approval delays that slow down housing construction and increase costs.

Actions in the plan include freezing and reducing government charges to spur new home construction and reduce the costs of housing. Building more density near transit, unlocking innovative approaches to design and construction, and removing red tape to get shovels in the ground faster. And increasing consumer protection measures for home buyers and consulting on ways to help more renters become homeowners.

The provincial government says it will also consult with the public, stakeholders and municipalities while engaging with Indigenous communities to review provincial housing and land use planning policies to find ways to remove more barriers to getting homes built.

“Ontario’s housing supply crisis is a problem which has been decades in the making. It will take both short-term strategies and long-term commitment from all levels of government, the private sector and not-for-profits to drive change,” said Michael Parsa, Associate Minister of Housing.

The proposals in the More Homes Built Faster Act would, if passed, ensure that cities, towns and rural communities grow with a mix of ownership and rental housing types that meet the needs of all Ontarians, from single family homes to townhomes and mid-rise apartments.

Police searching for three men after a woman was allegedly sexually...