‘Never more proud to be Ukrainian, says Mila Kunis as she launches fundraiser with Ashton Kutcher 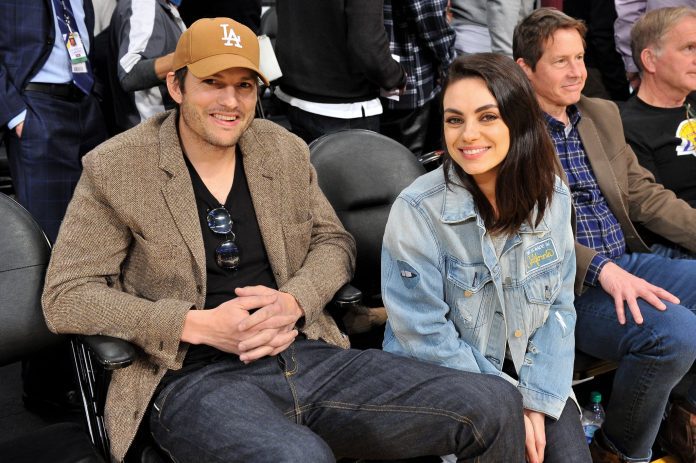 Actress Mila Kunis and her husband actor Ashton Kutcher released a video on their social media where she talks about the current state of Ukraine.

She states that though she is an American, having moved to America from Ukraine as a child, she has never been more proud to be Ukrainian. Ashton Kutcher chimes in saying he is proud to be married to a Ukrainian.

She further states in the video that the events that are unfolding in the country are heartbreaking and there is no call for this kind of unjust attack. She and Ashton state that they have decided to match up to 3 million dollars donations to Flexport.org and Airbnb.org through the portal GoFundMe.org and their aim is to raise up to 30 million dollars. This fundraiser is being raised for Ukrainian refugees who have had to flee their home country because of Russia’s invasive attacks on Ukraine.

In the caption of the video shared by the couple on Ashton’s Instagram account, they have shared the links where the donations can be made.  Within a few days of the attack on Ukraine by Russia, Ashton had posted a tweet where he stated that he stood in support of Ukraine.

Mila Kunis was born in Chernivtsi, Ukraine in 1983. She and her family moved from Ukraine to the United States in 1991, when the actress was 7 years old. Mila Kunis first became popular when she played the role of Jackie Burkhart on ‘That 70s Show’. She has also since 1999 voiced Meg Griffin on the popular series Family Guy.

Govt will set up 100 5G labs to promote innovation: IT Minister

Ahead of festive season, prices of essential commodities continue to spiral up

List of SC cases to be placed before Attorney General first, says Centre

Naya J&K: Sericulture gets new lease of life after scrapping of Article 370