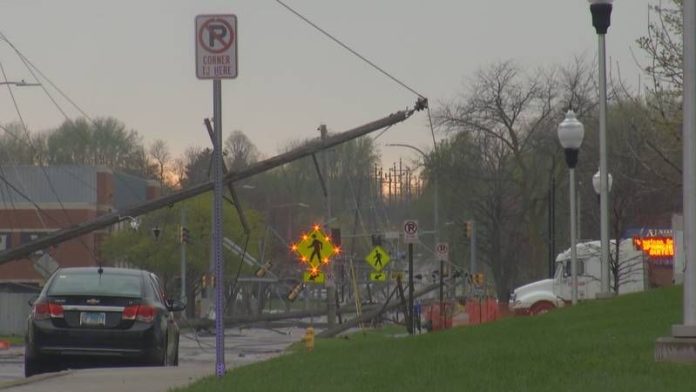 Many residents in Ottawa, the capital city of Canada, and some parts of Ontario and Quebec provinces remain without power nine days after a series of powerful late-spring storms lashed the region.

Ottawa's hydro utility said that 9,000 homes and businesses in the capital were still unconnected to the grid, and more than a dozen schools remained closed due to power outages, following a derecho, a line of thunderstorms that started to cut through the city and some parts of Ontario and Quebec provinces on May 21, reports Xinhua news agency.

However, the hydro utility said that it had restored power to 94 percent of its 180,000 customers.

Hydro Ottawa CEO Bryce Conrad told the Canadian Broadcasting Corporation on Monday that "not a single square inch" of the utility's service territory had "not been impacted adversely" by the May 21 storms, which also uprooted large trees and caused the collapse of a multi-unit townhouse complex roof in Ottawa.

The track of storms, which recorded wind speeds as high as 190 km per hour, left 11 people dead, a record high of 1,900 hydro poles and hundreds of traffic signals knocked down, and over 400,000 hydro customers in Ontario and Quebec without electricity.

In Ontario, Hydro One, the province's largest supplier of electricity, reported on Sunday that nearly 12,000 customers remained without power.

In Quebec, the local hydro utility said that 6,300 of its customers had yet to be connected back to the grid.

Rebuilding power lines in parts of Ontario could take weeks.

Why you should leave baby wildlife alone!