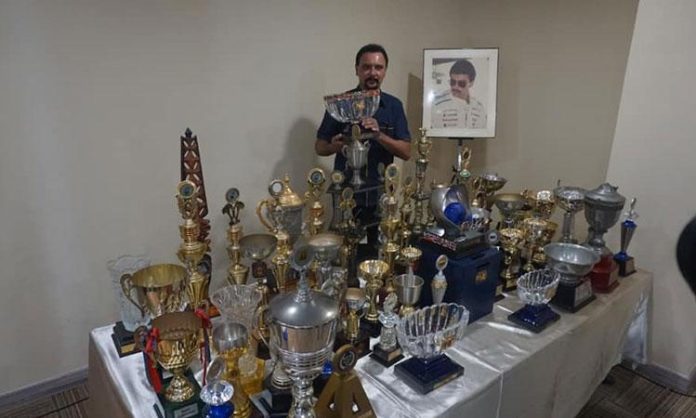 Malaysian-Sikh rally racer Karamjit Singh has made history by winning three championships at the three-day motorsport rally in Jambi, Indonesia.

The hexagenarian racer, who is famous as the 'Flying Sikh' in Malaysia, used a 16-year-old national car — a Proton Gen2 — to bag 12 trophies in the three championships he participated in with teammate and co-driver Jagdev Singh, local media reports said.

"I really have a passion for this. Even though I don't have a sponsor, I use my own money and an old machine, but I can still beat the more modern cars," Singh was quoted as saying in New Strait Times.

"Motorsports is expensive, but with the effort and help from other competitors from Indonesia… I was able to achieve this success, and I want to chase many more successes," Singh told reporters upon his arrival at the Kuala Lumpur airport.

Launched in 1988, the annual APRC, which comes under the Federation Internationale de l'Automobile (FIA), could not be held in 2020 and 2021 due to the Covid-19 pandemic. The APRC covers motorsport events in India, Japan, Indonesia and China.

Singh became the first Asian driver to win FIA Production Car World Championship for Drivers. He has been rallying professionally since 1985.