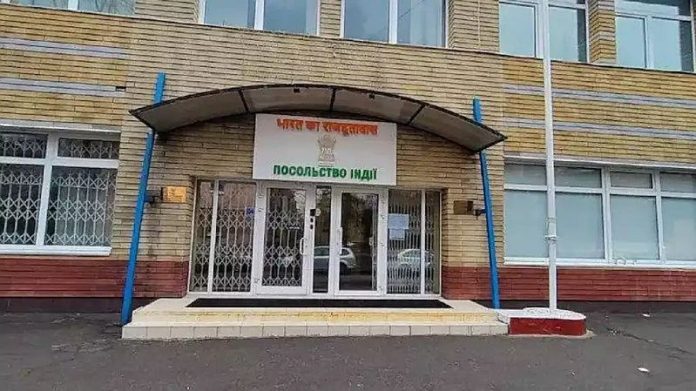 The Indian embassy in Ukraine on Tuesday issued an advisory, a second one in less than a week, asking all citizens to leave the war-torn nation by all available means.

It said that many Indian citizens had left Ukraine after the first advisory had been issued on October 19.

The Indian embassy further advised citizens to contact it for any assistance needed for crossing the border.

It also advised the citizens to contact Indian embassies in Poland, Romania, Hungary and Slovakia as per their exit plans.

On October 19, the Indian embassy in Ukraine had issued an advisory asking Indian citizens not to travel to that country and had also urged Indians there to leave at the earliest, due to the deteriorating situation in Ukraine.