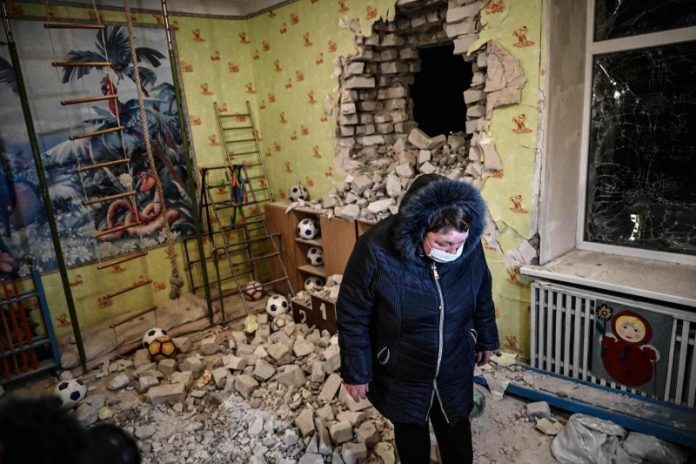 Russia has declared war on Ukraine on February 24, 2022, and is executing a plan meticulously prepared and war-games. NATO appears to have over-relied on the potency of its sanctions to deter Putin, which appears to be a major strategic error because it has not worked in the past and does not appear to be working now. Instead, it has emboldened Russian leadership’s resolve that NATO will be unable to respond to a quick offensive beyond condemnation, Ukraine’s capacity building, and sanctions on Russia.

It has pushed Ukraine to disaster, as its President’s loud demand to join NATO was neither acted upon by West, nor provided him any assurance that anyone else would do the heavy lifting or put boots on the ground in Ukraine to fight Russians, despite a massive military force imbalance in Russia’s favour.

Decoding Strategic and Military Action of Russia so far

The contours and logic of Russian plans were evident from its posturing over months, President Putin’s speeches to the nation and his demands made to Ukraine. The political aim of Russia seems to be to target Ukraine’s leadershipto give up demand of NATO membership, or else force a regime change, replacingit with a pro-Russian government not propagating NATO membership/agenda.

Strategically, the centre of gravity for the Russian offensive is the minds of Ukraine’s leadership and military to surrender to Russia with minimum militaryactions. This strategic goal cannot be realised without surrounding Kyiv, which is the key strategic objective; as a result, operations to encircle Kyiv and capture adjacent airbases have been launched. After Russia recognised the independence of the Donetsk People’s Republic and the Luhansk People’s Republic, the liberation of the Donbas region was a foregone conclusion.

The military aim is to demilitarise Ukrainian military to ensure that Ukraine cannot be used as a springboard by NATO to threaten the security of Russia and isolate Kyiv to facilitate regime change without military interference. To shape the battlefield, Russian  military postured three sides of Ukraine with massive combat superiority, used forces in Belarus to invade from the North to reach Kyiv via shortest route, used its Black Sea fleet and Crimea to blockade Ukraine from South, and forces in Donbas region to invade from east and some forces from northeast to expedite consolidation.

The military operations were preceded by cyber-attacks and information warfare. Military operations were launched in a well-planned and professional manner under the banner of ‘Special Operations,’ beginning with air and missile strikes to neutralise air defence capability, air assets to achieve air superiority, and pulverise military targets, claiming to have destroyed over 70 military targets and installations, including 11 airfields in Ukraine, before ground elements marched in, adding conventional superiority to upgrade its hybrid war.

President Biden’s address on February 22, and statements of other western leaders, clearly indicated that NATO is not going to have boots on ground in Ukraine and will depend on financial sanctions and material support to Ukraine as response to Russian aggression.

This weakness emboldened Russia to seize opportunity for offensive into Ukraine with minimum military cost, so far. NATO is still unclear about further responses, as the Russian offensive is already underway; hence time for any possible military action by NATO is already over. NATO, therefore is only salvaging its own security by strengthening NATO countries bordering Ukraine/Russia to prevent any possibility of Russian adventurism into any of the NATO countries, leaving Ukraine to its fate, as it’s not a member of NATO as yet.

Russia will try to achieve its strategic objectives as fast as possible and move out of Ukraine to minimise its cost. It will avoid fighting in built up areas, as it will prolong the invasion and may not remain as an occupational force to avoid backlash from a segment of hostile population turning into insurgency against it.

It will therefore try to maximise pressure on Ukraine by all instruments of power to submit to regime change or force it at the earliest and de-escalate. Notwithstanding what Russia wants, the resolve of Ukrainian military and leadership will determine the timeframe and escalation dynamics and the support of NATO to refuel resistance will determine the staying power. Russia is unlikely to make the mistake of annexing Ukraine, as it does not make sense in strategic cost benefit analysis. To build pressure for Ukraine to surrender, Russia may also take over some key strategic installations, till its strategic aims are achieved. It’s a harsh punishment for Ukraine’s uncomfortable geopolitical location and leadership’s desire to join NATO, which has thrust it into the centre of a “Big Power Contestation” that is going to be a tragedy for its people, in all contingencies.

The first priority for India should be to evacuate its own students and diaspora.It can push for diplomatic solutions and peaceful resolutions, as well as measures to reduce temperatures, but it should avoid taking sides because it has good connections with all of the opposing powers. While each country’s sovereignty must be maintained, both sides have rejected it when it has served their interests, as in the Iraq war, Crimea and Afghanistan.

India needs to factor the weak western response to Ukraine crisis in its strategic calculations, as it can embolden other authoritative powers like China to take similar actions in Indo-Pacific region.

(Major General S.B. Asthana is a strategic and security analyst, a veteran Infantry General. He is the Chief Instructor, United Service Institution of India. The views expressed are personal)

After the fall: Is it the end of the road for...