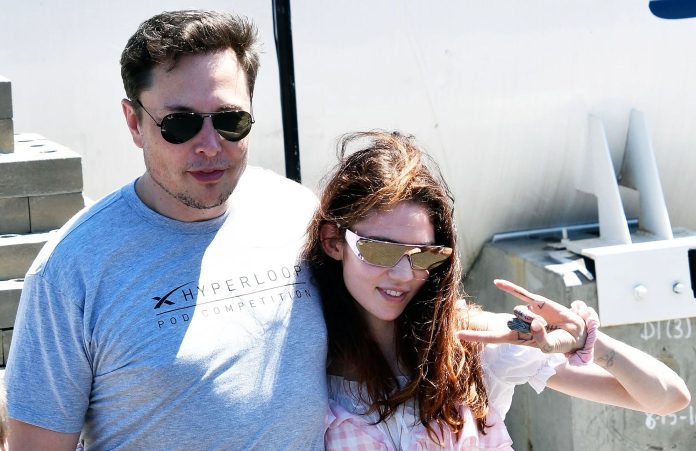 While everyone is still processing news of Elon Musk’s and Grimes’s second baby and her baby announcement where she refers to Elon Musk as her boyfriend, Grimes has come forward with another announcement, this time stating that she and Musk are no longer together.

The couple have kept people hooked onto their love and dating life with their on-again; off-again relationship. In September 2021, they announced that they were not together.

Elon Musk was quoted as saying that they were ‘semi-separated’ mainly due to the distance as he was stationed in Texas and she was in LA.

As we now know that the couple had a baby in December 2021, which they kept under wraps until very recently. Their second baby, a girl they have nicknamed ‘Y’ could likely be the reason the couple reconciled because she was born through surrogacy, which means as they announced the split, both Grimes and Musk were aware that they would be parents to a baby in 3 months.

Grimes made the baby announcement recently and clearly mentioned that Elon Musk was her boyfriend and best friend. Looks like they have decided to not be together once again.

About the split, Grimes was quoted as saying, “But he’s my best friend and the love of my life, and my life and art are forever dedicated to The Mission now.”

This roller coaster of a relationship and its constant media buzz must be affecting Musk’s current ladylove Natasha Bassett, Australian-born actress, quite the anxiety. The couple are rumoured to be very serious about each other and have been known to spend a lot of time together.

Not only laughter but crying also, is good for health

Let’s embrace the skin we are in