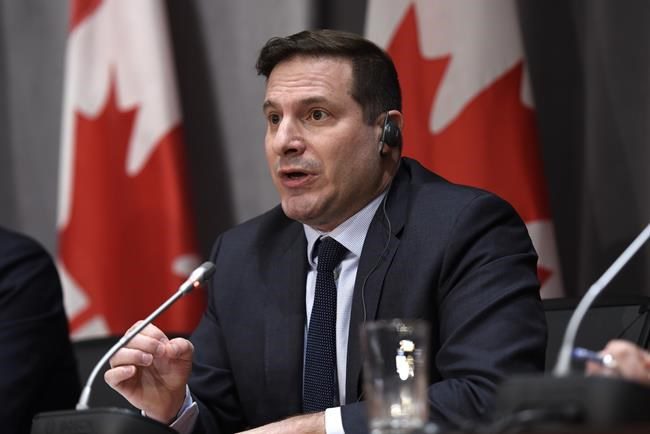 One day after Canadian Prime Minister Justin Trudeau declared a public order emergency, the government has outlined further steps to end the truckers protests and blockades.

According to a press release issued by Public Safety Canada on Tuesday, anyone participating in the blockades is urged to return to their communities peacefully and immediately, Xinhua news agency reported.

“These blockades must be brought to an end, and the federal government will continue working on every option to end them,” the release said.

Public Safety Minister Marco Mendicino said on Tuesday in a press conference that they would like to see the 19-day occupation end this week, assuring Ottawa residents that the chaos in their city will soon end.

“No one wants to see another weekend like the last three. And I’m assured by my discussions with the police that they fully appreciate that, and we now depend on them to do the job,” Mendicino said.

Police will soon establish “no-go” zones in the city’s downtown core, the minister said, and people who defy orders to leave will face fines or jail time, or both.

Ottawa’s police chief, Peter Sloly, unexpectedly resigned on Tuesday. Ottawa Police Services Board Chair Diane Beans confirmed in a press conference that Sloly and Ottawa Police Service had reached a “mutually agreeable separation” and Sloly is no longer employed there.

Going forward, Ottawa Police Service’s priority remains finding a peaceful end to the occupation of the city, Beans said. The board has named Deputy Chief Steve Bell temporary head of the force until a permanent replacement is found.

Canada’s banks were also waiting for further instructions on how they’re supposed to enforce the government’s orders, local media reported.

Sue-Ling Yip, a partner with global audit and consultancy firm KPMG in Canada’s Risk Consulting practice, was quoted as saying that communication between the government and the banks will be key in implementing the order correctly and the government may also need to allow the banks time to make the appropriate operational changes.

“It doesn’t happen overnight,” she said, “We have to be mindful that it’s not something that banks can snap their fingers and make it happen. There’s a lot of work involved.”

Finance Minister Chrystia Freeland said Monday that banks would be required to report relationships with people involved in blockades and would be given the authority to freeze accounts without a court order.

Thousands of Canadian truckers and their supporters have gathered in Ottawa since late January to oppose the Canadian government’s vaccine requirement for truckers crossing the border into the US.

The protesters have blocked Ottawa’s downtown core and impeded border crossings between Canada and the US.

Speed limits increased to 110 km on 6 sections of Ontario...

Owner-operator of a Brampton driving school charged with sexual assault