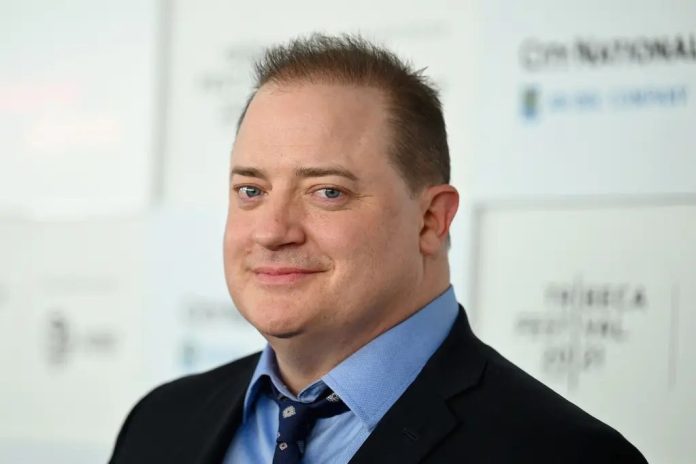 Hollywood actor Brendan Fraser, who was quite the popular face a couple of decades ago has recently made a comeback of sorts with his upcoming movie, ‘The Whale’.

In the movie, he plays the role of a 600-pound English teacher who wants to reconnect with his estranged daughter who is 17 years old.

The movie is based on a play written in 2012 by Samuel D. Hunter. In the first picture of ‘The Whale’, Fraser looks unrecognisable and bears only a shadow of a resemblance to the chiselled, toned, fit hero he used to be.

Before the release of the picture, Fraser spoke about his upcoming role and said that it was unlike anything he had done before. As reported by Hollywoodlife.com, Fraser told Unilad last year, “It’s gonna be like something you haven’t seen before. The wardrobe and costume were extensive, seamless, cumbersome. This is certainly far removed from anything I’ve ever done but not to be coy … I do know it’s going to make a lasting impression.”

Here is the first look:

The latest pic from ‘The Whale’ comes nearly a year after the movie was first announced. The story and plotline of the movie is starkly different from the high-octane action movies that Brendan Fraser used to do, like ‘The Mummy’.

In 2018, in an interview with GQ, Brendan Fraser had opened up about the difficulties he faced in working on heavy duty action movies and the toll it took on his health. He reportedly told the outlet, “I believe I probably was trying too hard, in a way that’s destructive.”

He continued and said, “By the time I did the third Mummy picture in China [in 2008] I was put together with tape and ice — just, like, really nerdy and fetishy about ice packs. Screw-cap ice packs and downhill-mountain-biking pads, ’cause they’re small and light and they can fit under your clothes. I was building an exoskeleton for myself daily.”

The movie is being helmed by Darren Aronofsky, whose last movie was the 2017, ‘Mother!’, which starred some big names in Hollywood like, Javier Bardem, Jennifer Lawrence, Michelle Pfeiffer and Ed Harris.

‘The Whale’ is all set to debut at the 2022 Venice Film Festival, which takes place towards the end of August.

‘Left or right, both are right’: Vidya Balan on why she...

Parineeti Chopra on shooting ‘Code Name Tiranga’ during the pandemic