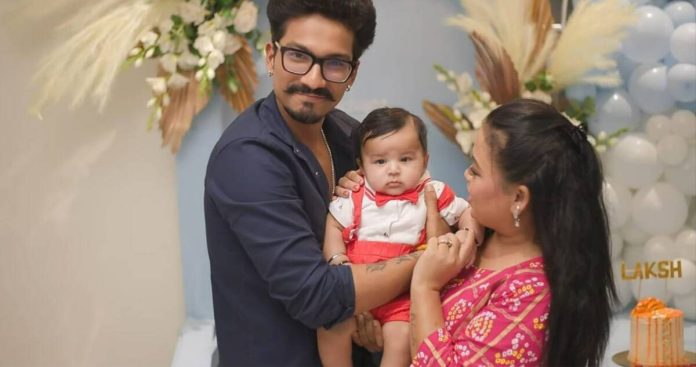 Television’s host and comedienne Bharti Singh and her husband Haarsh Limbachiyaa often keep their fans entertained and engaged with snippets and fun videos of their life.

Their videos are, of course, always entertaining as the couple never leaves an opportunity to prank and pull each other’s leg.

In the latest video shared by the couple, the two are seen talking about their newborn son Laksh, his food as well as his sleeping habits.

The couple also took the time to answer fan questions about their baby. In the video, Bharti shared that since her son is only a few months old (he was born on April 3, 2022) she breastfeeds her child but that she also gives him top up milk (formula), especially at night as it ensures he sleeps soundly. She adds that she gives him formula because mother’s milk is light.

She also shared in her video that when he turns 6 months old, she wants to try and feed him vegetables and other home cooked food, and tongue-in-cheek, added that she will give Laksh the food Haarsh hates to eat.

Haarsh then chimed in to say that many parents complain that they get no sleep when there is a newborn but, in their case, Laksh has been a good baby and until now the couple has never faced any issues with sleep deprivation.

When asked a question about who changed Laksh’s diaper in the night, Haarsh joked that just like it is through the day, at night also he only takes care of his baby boy.

Bharti then interrupted him by saying that their son has a sleep pattern where he never wakes up in the middle of the night and is only awake by 9.30 every morning.

Their video started on a fun banter, with both Haarsh and Bharti pulling each other’s leg over who Laksh resembles.

Bharti said that she thinks her son is mamma’s boy and looks like her and doesn’t have any qualities of Haarsh.

Haarsh jibed back saying he might look physically like his mom but mentally he was like his father. Bharti then added that her Golla (Laksh) is a patient and calm child and always sleeps and wakes up on time, which is unlike his mother who is almost always irritated.

On the work front, Haarsh and Bharti were both hosts of the ‘Hunarbaaz’ and ‘Khatra Khatra Show’. Bharti Singh has also been in the news as she has reportedly been signed up to host the tenth season of Colors TV’s ‘Jhalak Dikhla Jaa’.

Manas Shah gives credit of his success to Ganpati’s blessings