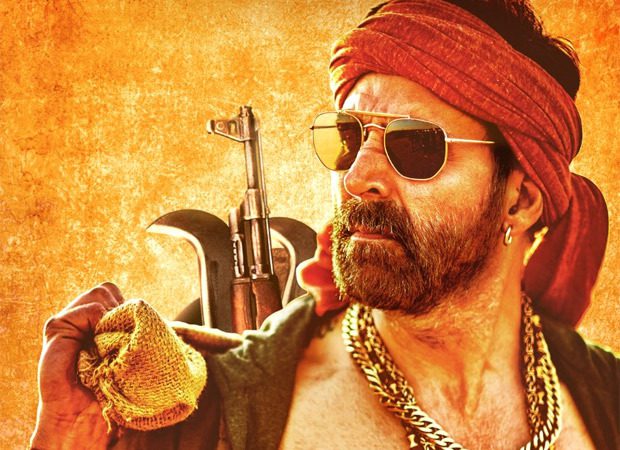 Akshay Kumar’s much anticipated action comedy, Bachchan Pandey has been cleared by the CBFC and will be released in theatres on 18 March, 2022 with U/A certification.

The censor board did cut a couple of scenes and asked for a couple of double meaning dialogs to be modified. According to the certification, Bachchan Pandey movie is 2 hours and 29 minutes long.

The movie has been directed by Farhad Samji and produced by Grandson Entertainment, Sajid Nadiadwala’s production house.

Bachchan Pandey was originally planned as a 2020 Christmas release but got delayed due to the pandemic. With theatres now being allowed to operate at 100 percent capacity the makers of the movie are looking forward to a full house for the opening. March 18 also happens to be a holiday in India on account of Holi.

Bachchan Pandey is an action comedy about a director (Kriti) seeking out an actual gangster to star in her action-gangster biopic. The movie is described as a mass entertainer and with Akshay Kumar and other cast members like Arshad Warsi and Pankaj Tripathi (known for their comic timing) one can expect quite a few chuckles from this movie. Akshay Kumar’s last release was Bell Bottom, while Kriti Sanon was last seen in Hum Do Hamare Do and Mimi.

We wanted to go early to Australia, play on some bouncy pitches in Perth: Rohit Sharma

Morgan Freeman admits to being a ‘reculse’

Following in Gandhi’s footsteps an act of courage: Kamal Haasan