Baby no. 2 on the way for Sophie Turner and Joe Jonas 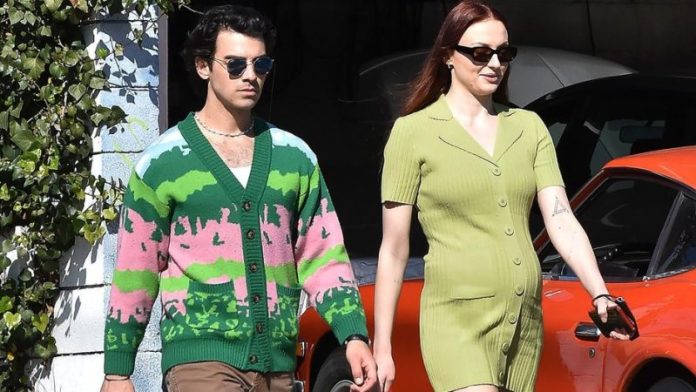 According to latest media reports, Game of Thrones actor Sophie Turner is reportedly pregnant for the second time. She and husband, Joe Jonas are already parents to 17 month old baby girl, Willa.

The rumors of the second pregnancy were sparked when Sophie Turner was clicked cradling her baby bump. Neither Sophie Turner nor Joe Jonas have officially announced the pregnancy yet.

The couple have a history of keeping things under wrap. Willa was born in July 2020, and though Sophie was spotted with a baby bump and the news was announced in February 2020, the couple only made an official announcement when Willa was born. Sophie Turner and Joe Jonas tend to keep things private so their official announcements are much-awaited.

Sophie Turner gained massive popularity for her role as Sansa Stark in Game of Thrones. Joe Jonas is currently on the ‘Red Chair’ as coach for Voice Australia with Joel Madden, Kylie Minogue and Kelly Rowland.

Sophie Turner and Joe Jonas started dating in 2016, they got engaged in 2017 but they walked the red carpet as a couple only in 2018. There were a lot of speculations around their wedding, but the pair surprised everyone with an elopement just a few hours after the Billboard music awards in 2019. It was a classic Las Vegas wedding with an Elvis impersonator officiating the ceremony.

They did follow that with a more elegant and upscale ceremony in France.

The Jonas brothers have had a happy start to the year. Just over a month ago, on January 22, 2022, Nick Jonas and Priyanka Chopra announced the birth of their daughter through surrogacy.

We wanted to go early to Australia, play on some bouncy pitches in Perth: Rohit Sharma

Aqua talks about on ‘Barbie Girl’ legacy, absence from movie as...