At least 4 dead, 17 missing as Spanish trawler sinks off Newfoundland 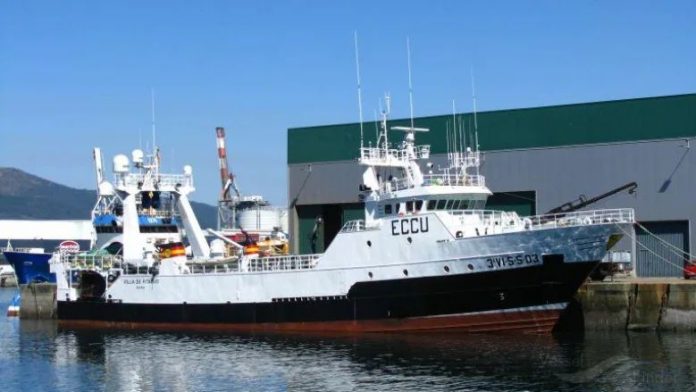 At least four people have died and another 17 are still missing after a Spanish fishing vessel sank in waters off Newfoundland, the most easterly province in Canada, Spanish Maritime Rescue Services confirmed on Tuesday.

The 50-meter vessel, Villa de Pitanxo, which was based in the port of Marin in the north-western region of Galicia and had a crew of 24, is reported to have sunk overnight Monday at a distance of around 450 km from the Canadian coast, prompting the start of a rescue operation, Xinhua news agency reported.

Three of the Villa de Pitanxo’s life-rafts have been discovered, but two of them were “completely empty,” according to Maica Larriba, the Spanish government’s subdelegate in the region of Pontevedra. The other life-raft contained three survivors, all of whom were suffering from hypothermia due to “very low temperatures.”

Twelve of the crew have Spanish passports, while the rest from other countries, such as Peru and Ghana.

Spain’s Minister for Territorial Policy and Government Spokesperson, Isabel Rodriguez, confirmed in a press conference that the government was following developments with “worry and uncertainty,” while keeping in contact with Canadian rescue services.

A search and rescue operation is being directed from the city of Halifax, the capital and largest municipality in the Canadian province of Nova Scotia, with two fishing vessels in the area, one Spanish and another Portuguese, also attempting to aid rescue efforts, but high winds, rough seas and low visibility have so far frustrated their labors to find other survivors.

Indonesian authorities gear up to rescue 6 hostages in Highland Papua