Anita Hassanandani is auditioning hard to get back on TV 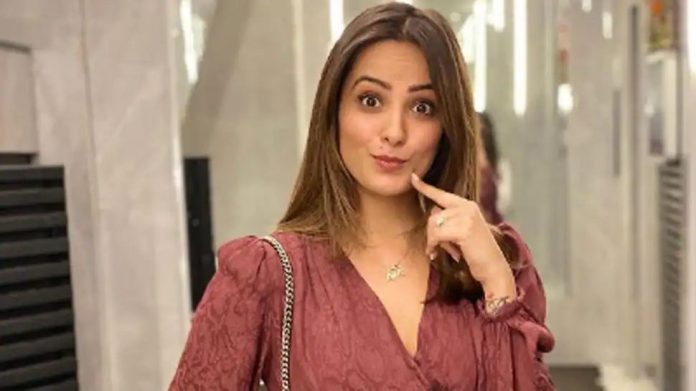 Television actor Anita Hassanandani has been away from television and acting since she gave birth to her baby boy, Aarav on February 10, 2021.

Her son is now almost 18 months old and now the actress is looking to make a comeback to the small screen and has accordingly started giving auditions for various shows.

Anita took to her social media to tell her fans that she is all set to return to work and she also shared the challenges she is facing in making her comeback happen.

She told her fans and followers about the struggles an actor faces and also how tough it is for her to make a comeback after her pregnancy.

She also asked her fans to wish her lots of luck as she is almost starting from scratch once again.

She shared a few adorable pictures with her son Aarav and Anita captioned her image as “Some peekaboo moments with my boo before I head for an audition! An actor’s struggle is real…Didn’t realise getting back to work post pregnancy will be so tough. What can I say…. Wish me luck.. to starting from the start."

Anita took a break from work when she was due to deliver and since then she has been spending some quality time with her baby and she shared that she wanted to thoroughly wanted to enjoy her motherhood phase as well.

In a throwback interview with ETimes in 2021, Anita had spoken about her decision to give her son her undivided attention. She said, "I do a few social media endorsements and make appearances. In such a scenario, a daily soap doesn’t figure on the list. I can’t be shooting 15 hours for 30 days in a month. When I conceived, I had decided that I would enjoy motherhood for at least two years. I want to spend time with my son and give him my undivided attention.”

In the same interview, Anita added, “I have been working since the age of 16 and am happy to let my work take a back seat for some time. Let Rohit (Reddy, her husband) do all the hard work while I enjoy (smiles).”

NTR thanks fans and audience for their unwavering love

‘Shamshera’ director: Fortunate to have worked with Chintu uncle, Ranbir; they...