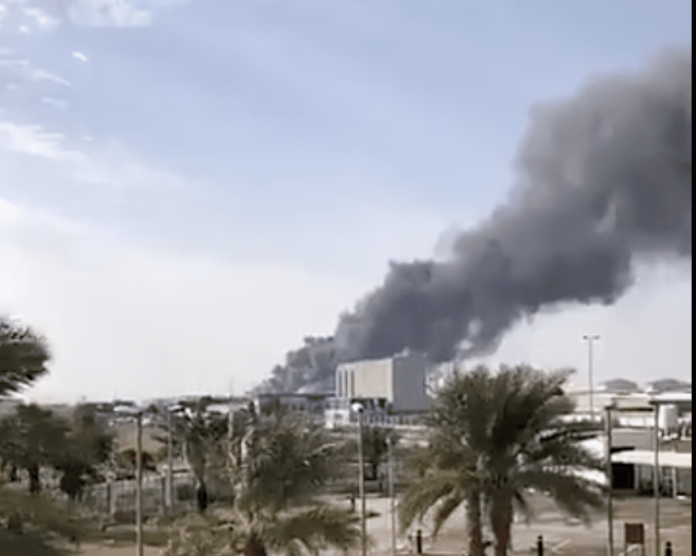 Yemen’s Houthi rebel group claimed responsibility for a “qualitative military operation” that struck areas deep inside the United Arab Emirates (UAE) in which three persons including two Indians were killed.

As per the Abu Dhabi police, three persons — two Indians and one Pakistani, were killed. Besides, six others were injured.

“An important statement will be announced in the upcoming hours to reveal details on the strategic operation deep inside the UAE,” said the Houthi rebel group’s spokesman Yahya Saree in a brief press statement on Monday.

A minor fire also broke out in the new construction area of Abu Dhabi International Airport, according to the WAM.

Initial investigations show the fires and explosion were possibly caused by unidentified drones in the area.

The fire at both places has been brought under control and air traffic was not affected, officials told the media.

The UAE is an active member of the Saudi-led coalition which has been fighting a large-scale war against the Houthi rebel militia in various areas of Yemen.

The Saudi-led coalition intervened in the Yemeni conflict in 2015 to support the Yemeni internationally recognised government of President Abd-Rabbu Mansour Hadi after the Iran-backed Houthi militia forced him out of the capital Sanaa.

The Houthi militia has recently intensified cross-border drone and missile attacks against different Saudi cities. In February 2021, the Houthi militia launched a major offensive against the government army to capture the oil-rich province of Marib in central Yemen.

The Houthi group is on the radar of investigative agencies as they announced a terror attack plan against the UAE.

It is said that the Houthis are not happy with the UAE government, and recently hijacked a UAE vessel ‘Rawabee’, claiming it was carrying weapons, supposed to be used against them.

The UAE government raised the issue in the UN, supported by the Indian government. The Rawabee ship also had seven Indian nationals in the crew.

Rtd SC judge Kurian Joseph roped in to save life of...